The store will not work correctly in the case when cookies are disabled.
Family History

On March 15th, 1894, Johannes Stübben founded a saddlery business in Krefeld, Germany, on the Lower Rhine. His workshop, which was located on a boulevard in Krefeld, was both workplace, retail shop and residential home. In those days, horses and carriages were quite common and characterised the typical cityscape. In 1906, the demand for Stübben saddlery products were further increased due to the fact that the former German emperor Wilhelm II garrisoned his 11th Hussar Regiment in this area. Stübben products soon became well known and enjoyed an increasing demand far beyond the region, due to its impeccable craftsmanship and enduring and lasting quality. 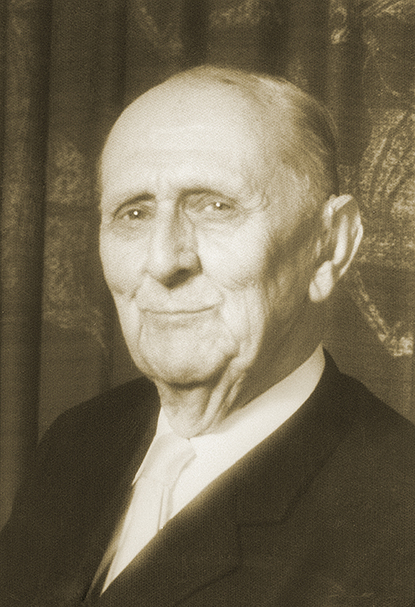 In 1914 the economic situation changed dramatically due to the breakout of the First World War. The hyperinflation in the early twenties further led to a rapid decrease in demand for saddlery products. During that time, Carl Stübben, son of Johannes, joined the family business. He had learned the business from scratch. To make a living for himself and his family, Carl started to also manufacture leather goods and things for daily needs. This new challenge involved him traveling frequently to Offenbach, the former centre of the German leather goods industry. Over the years Carl made many new business contacts in Germany as well as abroad. This network would prove very helpful for the future development of the company in decades to come. 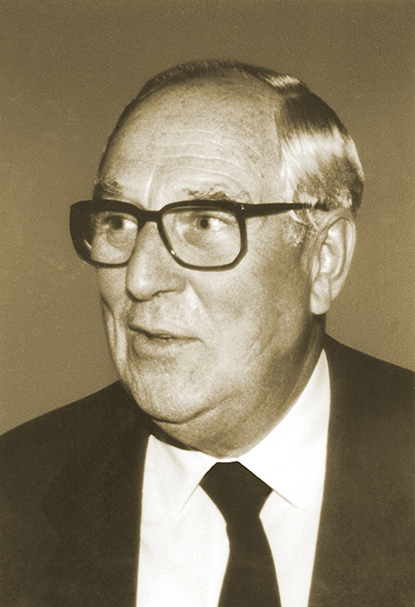 The only son of Carl, Werner Stübben, grew up in the family business. From his early childhood on he very well knew the struggles and sorrows which accompanied his parents in the everyday business life. Nonetheless, his parents allowed him to spend one year abroad in Florence (Italy) to work in a famous leather manufactory. It was there that he began to study Italian and to further develop his appreciation for the Mediterranean culture. An outstanding high-school qualification paved his way for an academic career. Unfortunately, the Second World War ended his dreams. On June 22nd, 1943 the family’s workshop and home was completely destroyed by an air-raid. At the end of the war, the family’s future rested upon the ruins of their former company. Reality made Werner change his plans. Together with his family and friends he rebuilt the house. Finally, in 1948 the basis for a new start was set. Hard work, ambition, inventiveness and friends ignited an incredible boom. The slogan “Stübben saddles are valued and desired all over the world” became reality. 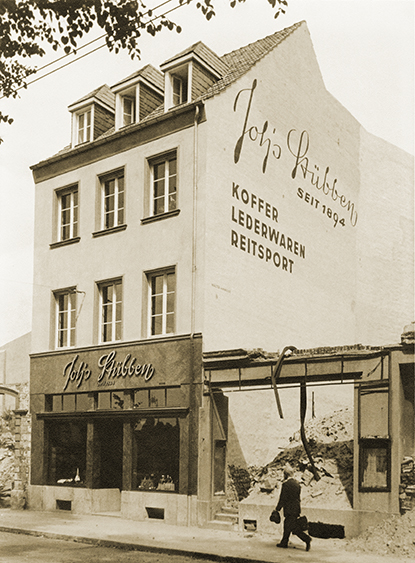 The picture shows the office building on the Ostwall 185 in Krefeld after its reconstruction in 1948. 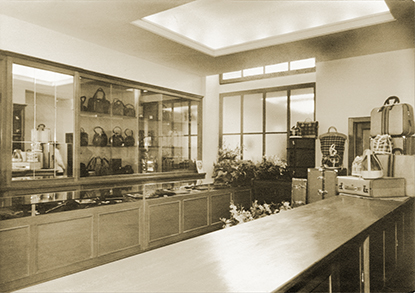 This photograph shows the retail shop in Krefeld in the early 50s. In response to the demand at that time, the main focus was set on the distribution of suitcases and leather goods 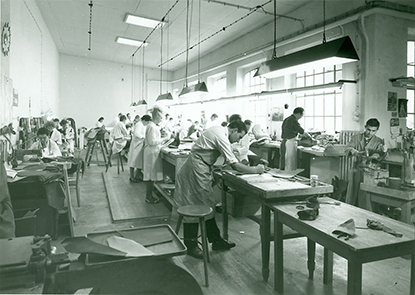 Natural materials guarantee tolerability and individuality. Each animal skin has its distinctive imprint based on its species, breed and life story. Throughout the tanning process the individual characteristics of the animal’s skin are still held in the hide. Aniline dyed leather reveals the hides typical elegance and warmth, as the natural structure like pore pattern, striate and scars remain visible. All saddle leathers are exclusively produced for Stübben. Despite its firmness, the leathers feel smooth and pliable in use. During the tanning process they do also develop a very smooth and supple grip. Further assets are that they have great resistance to deformation and are resistant against sweat, while thermal influence has little impact. Stübben leathers are very skin friendly for horse and rider, and very sustainable. 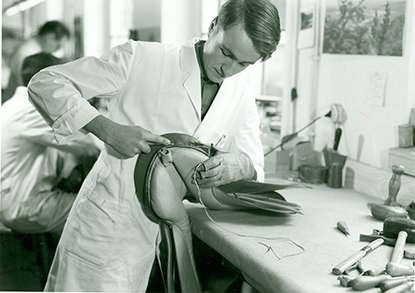 Production of our saddles

It takes more than a hundred steps to handmake a Stübben saddle. Stübben products are defined by excellent quality, durability and individuality. Our worldwide success is very much based on precise and quality handicraft. All parts of the saddle that are affected by steady and strong wear such as the seat, the saddle panels, billets, etc. are hand-made. The same counts for our bridles and other accessories. Only the best, selected leathers are being cut, skived, shaped, embossed, polished, seamed, blocked and finally assembled to an individual masterpiece. Picture: A glimpse into our saddle manufacturing 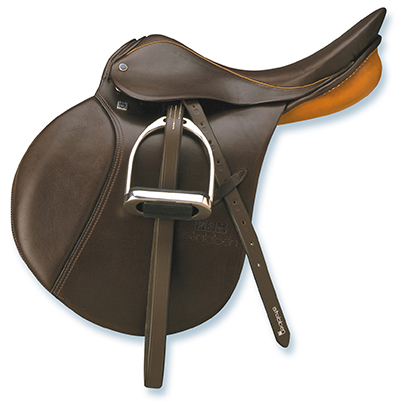 Until the Second World War it was rather uncommon to name a saddle. In general it would only bear the name of the company that had manufactured it and perhaps in addition have a serial number. In in the early 50s Stübben was introduced in the U.S.A. and Canada, both rapidly growing markets. The former American wholesalers recommended to add a model name to the saddle so as to further identify the product. It was proposed to choose names which related to the country of the saddle origin. Made in Germany was generally associated with high quality and great craftsmanship. Stübben followed this advice. The first saddle introduced would be the “Siegfried” named after the famous Nibelung saga. Over the years the “Siegfried” and its later editions would not only became the world’s best-selling models but also the ones in which many Olympic gold medals and world championships were won. Photograph: All purpose-saddle Siegfried. 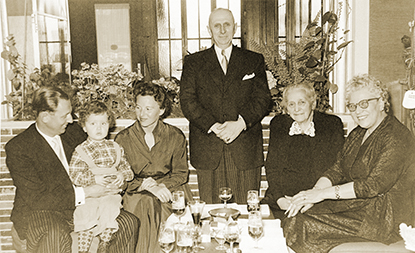 In 1954 this photograph was taken on the occasion of the 60th anniversary of the Stübben Company. The picture shows four generations of Stübben. 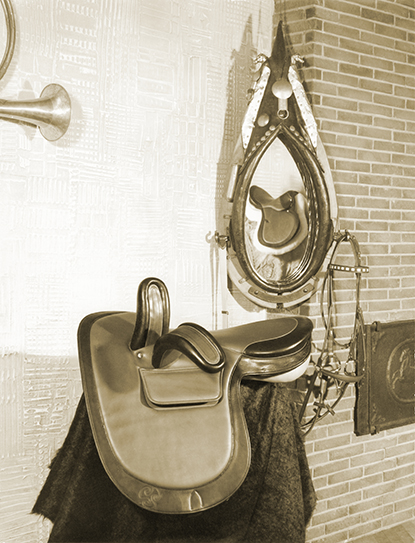 In the early sixties, once and again Stübben produced a side-saddle after a very long period of time. 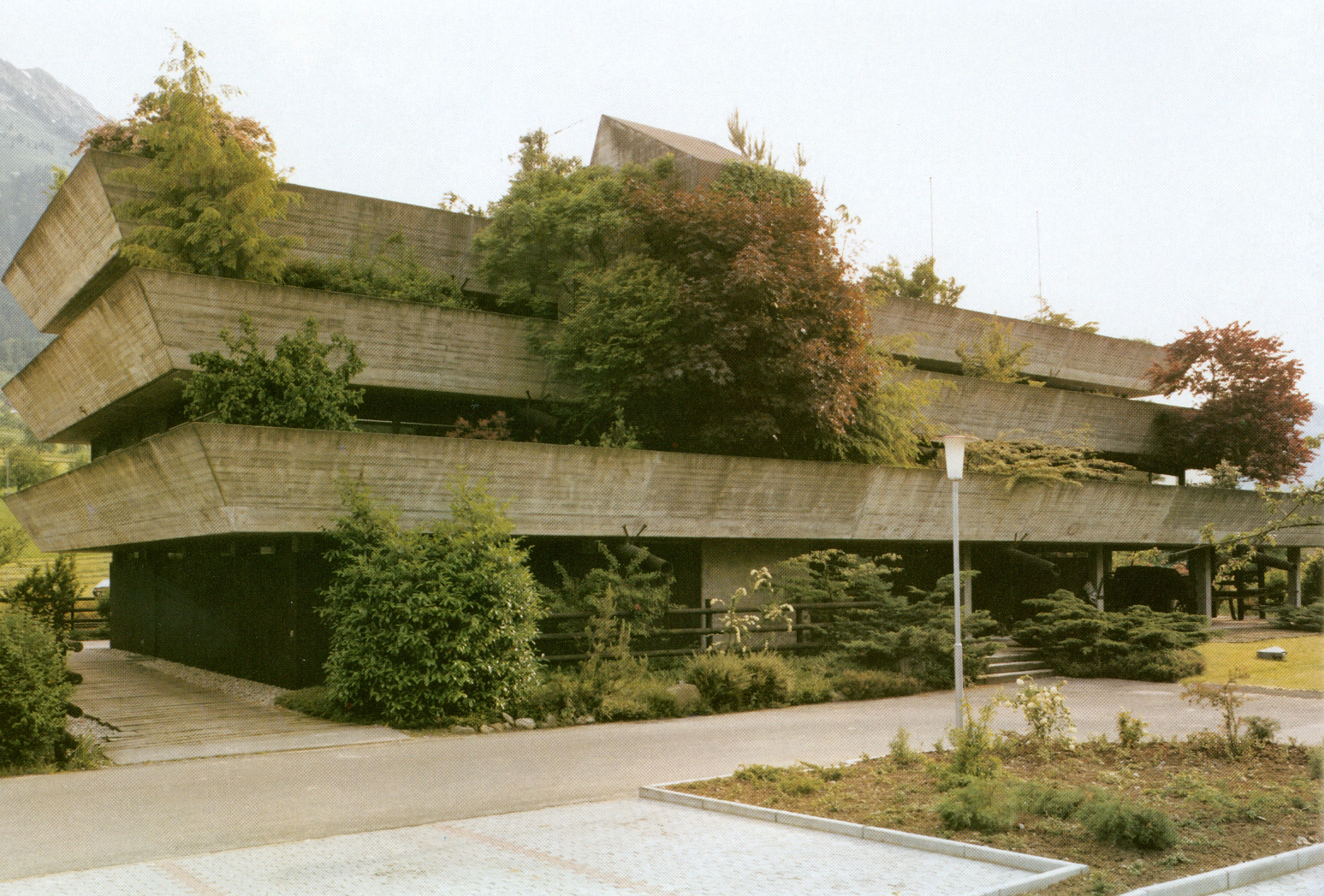 In the early 50s, the late Werner Stübben had already established a global distribution network. Due to the rapidly increasing demand, two further production sites were founded in Ireland and Switzerland besides the one in Germany. 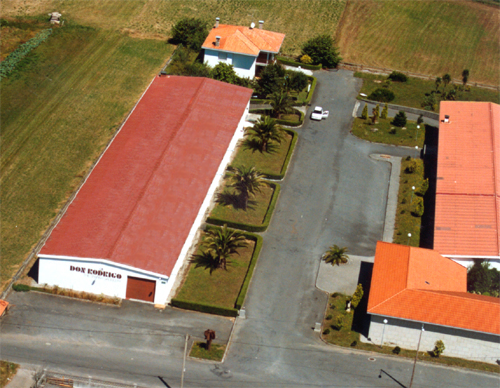 In the early 70’s, Stübben incorporated a manufacturing plant for accessories in the north-west of Spain. Until this very day, bridles and leather accessories are manufactured there. From the very beginning a strong partner of Stübben was established at this factory under the name “Don Rodrigo”. 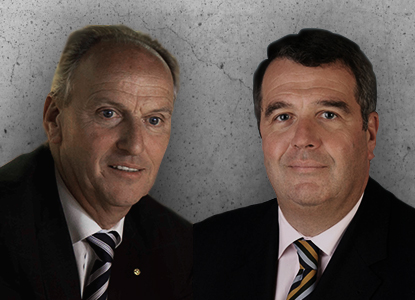 In the early seventies Ralph Stübben followed his father’s footsteps, as did his younger brother Frank in the early eighties. “Together they managed the company in the conviction that traditional and productive manufacturing are not a contradiction in terms. Attributes such as these are a guarantee for the brand of Stübben 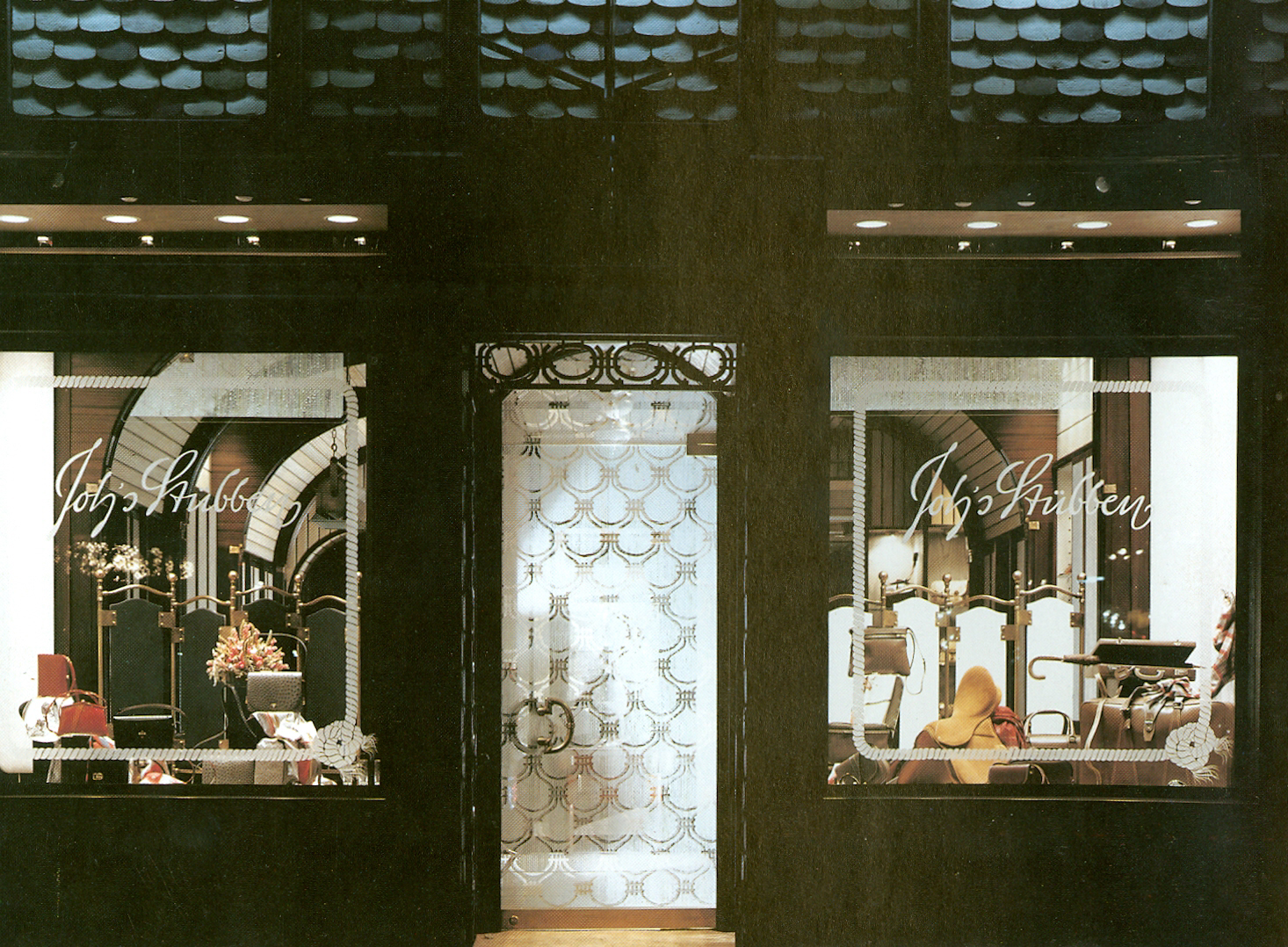 The picture shows the former store and office building in Krefeld after its renovation in 1986.

North America has always been one of the most important distribution markets for Stübben products in the world. In 1994 it was decided to reorganize the distribution system by establishing a Stübben warehouse overseas as well as to set up its own sales force. Richmond, Virginia was the first location until 2003 when Stübben had the opportunity to buy a farm in Troy, Virginia which could be transformed into a new use as a warehouse and sales office building. 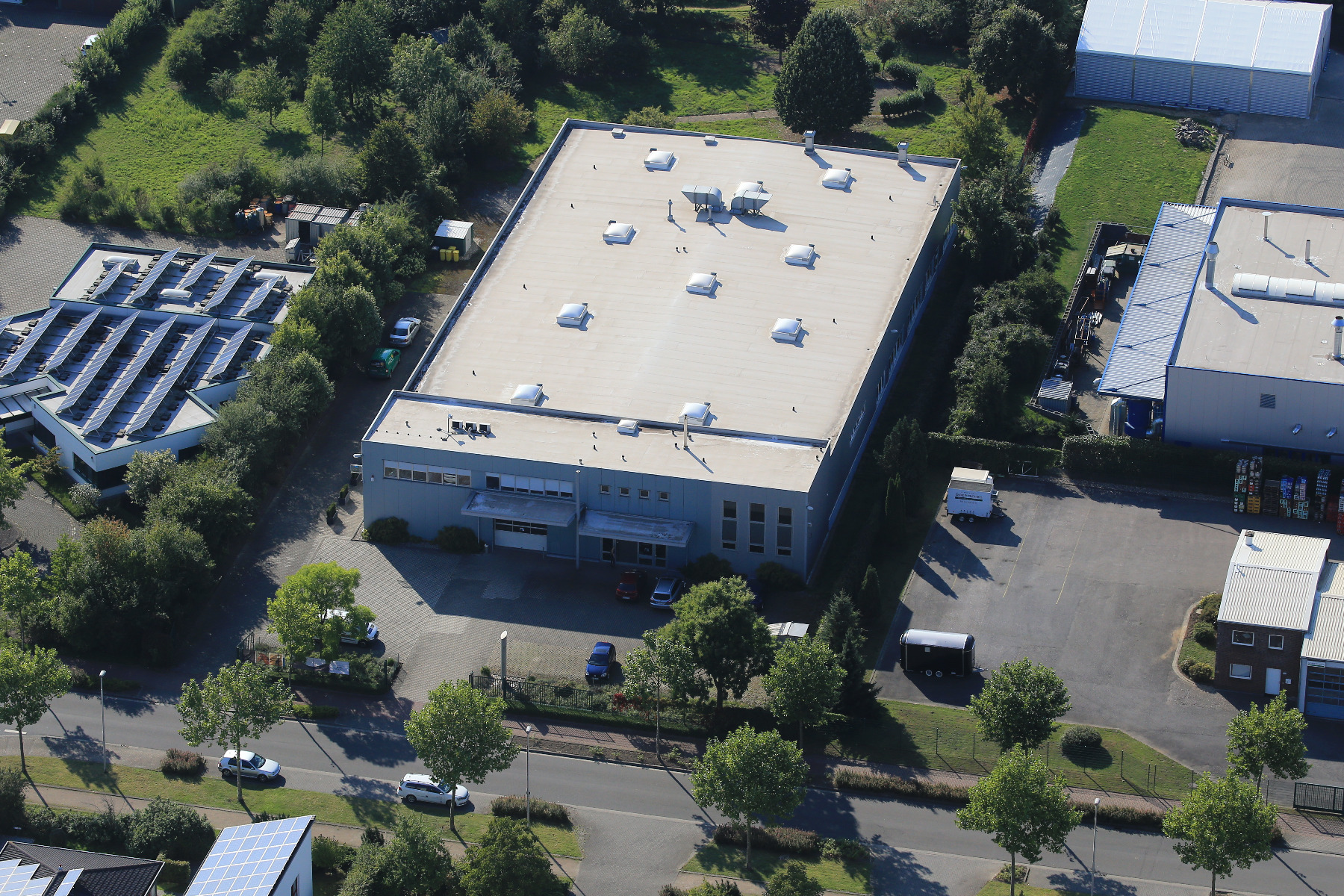 At the turn of the millennium, the head office moved from Krefeld to the nearby Kempen. After more than 100 years finally all business units, including production, warehouse and administration, were united in one place. In 2011 further reconstructions and expansions were realised. Exhibition and sales areas were added and for the first time the general public was given the chance to get an exclusive view into Stübben’s workshops. The “Gläserne Manufaktur” (transparent workshop) as it is called in German, was created. It offers a unique opportunity for the customer to select a product by giving him the best support through highly trained staff, and to also let him observe how it is manufactured. 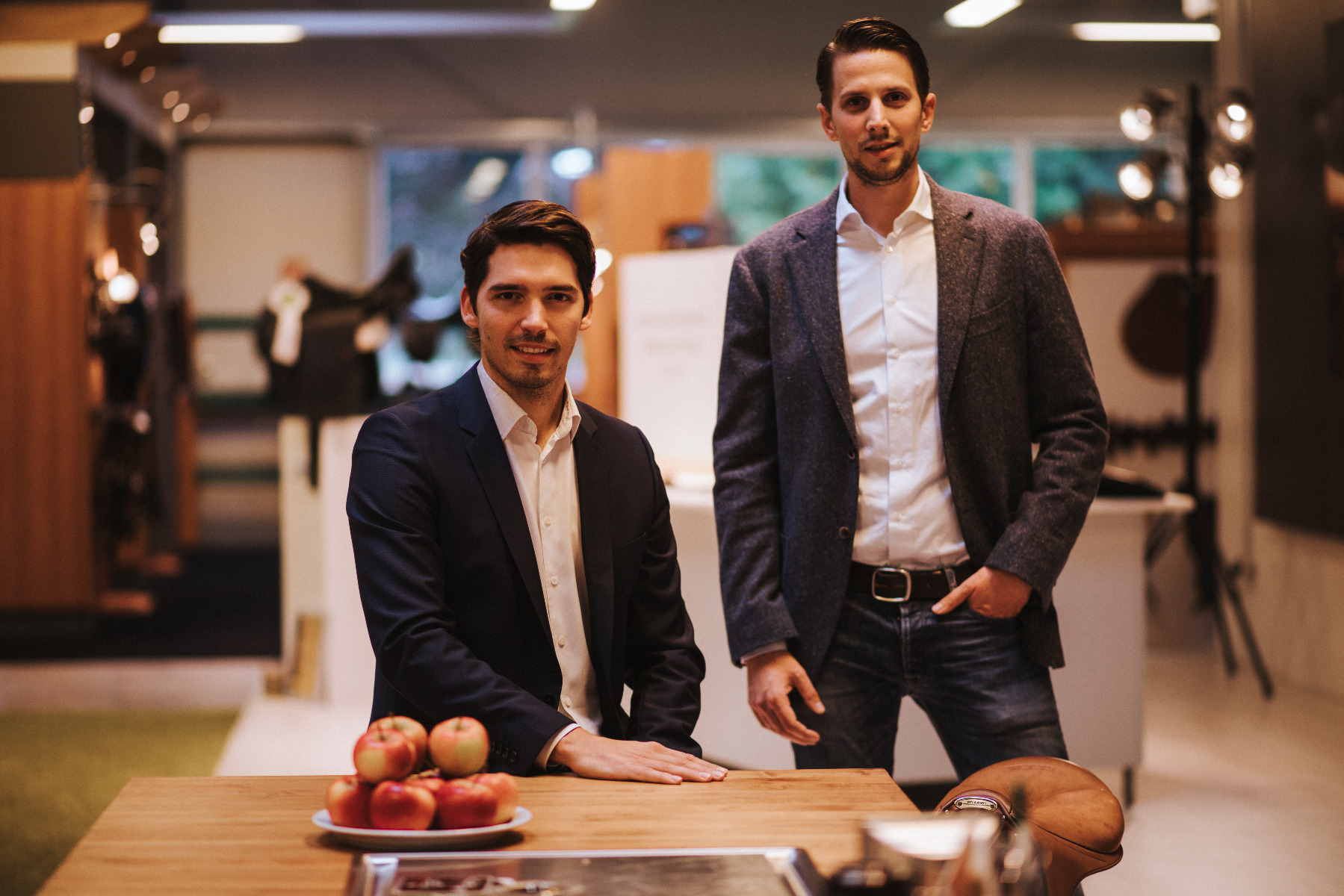 In 2013 Johannes Stübben youngest son of Ralph joined the management of the family-owned business in his late twenties. Directly after he had graduated from school, Johannes began his apprenticeship in saddle making. Once he had mastered the trade, he decided to study business administration, focusing on “International Marketing”. He completed his degree with a Master of Arts (M.A.). During his studies, Johannes had the opportunity to gain professional experience abroad in Canada and Argentina.